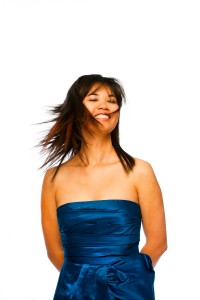 ​Dedicated to commissioning and performing new music, Ms. DuWors has given the world premières of several works for violin including Arlan Schultz’s Entwirren and Jodi Vander Woude’s (H) in 2004, and David R. Scott’s Double Concerto for Violin and Cello written for her in 2006.  She has performed in Victoria’s SALT New Music Festival, Toronto’s SoundaXis Festival featuring the music of Steve Reich, joined the Eastman School of Music’s new music ensemble Ossia for a Toru Takemitsu project, and has recently performed works by Canadian composers Jordan Nobles, Christos Hatzis, Kelly-Marie Murphy, T. Patrick Carrabré, Elizabeth Raum, Jocelyn Morlock, and Andrew P. MacDonald. She is a founding member of The Boundary Ensemble based in Regina, Saskatchewan and made up of artists from across North America who come together to make music, share ideas and inspire collaborations through the arts.

​Ms. DuWors is a dedicated mentor and teacher and is Associate Professor of Violin and Chamber Music at Manitoba’s Brandon University.  She began music studies in Saskatoon, SK; continued at the University of Victoria (B. Mus.) with Ann Elliott-Goldschmid of the Lafayette String Quartet; the Banff Centre for the Arts; The Castleman Quartet Program; and the University of Toronto (M. Mus.) as a student of Lorand Fenyves.  At the University of Toronto, she was the recipient of many prestigious awards and scholarships including the Eaton Graduate Scholarship, the Yo-Yo Ma Fellowship for Strings, a Canada Council Career Development Grant for Emerging Professional Classical Musicians, and the Felix Galimir Award for Chamber Music Excellence.

​Ms. DuWors is currently pursuing a Doctor of Musical Arts Degree in Performance & Literature at the Eastman School of Music in Rochester, NY.  Under the mentorship of Charles Castleman and Dr. Jean Barr at Eastman, she formed duo526 with pianist Futaba Niekawa in 2011. The duo completed two short-term residencies at the Banff Centre in the fall of 2011 and 2012 where they worked intensively with Roger Tapping, Mark Steinberg, the Lafayette String Quartet, Hardy Rittner, and Henk Guittart. Their debut CD, Ballade, was released 2014 by Parma Recordings/Navona Records to rave reviews.