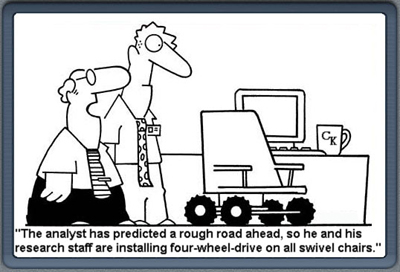 Q: How many programmers does it take to screw in a light bulb?
A: None, that’s a hardware problem.

A project manager, a computer programmer and a computer operator are driving down the road when the car they are in gets a flat tire. The three men try to solve the problem. The project manager said: “Let’s catch a cab and in ten minutes we’ll reach our destination.” The computer programmer said: “We have here the driver’s guide. I can easily replace the flat tire and continue our drive.” The computer operator said: “First of all, let’s turn off the engine and turn  it on again. Maybe it will fix the problem.” Suddenly a Microsoft software engineer passed by and said: “Try to close all windows, get off the car, and then get in and try again.”

Why do programmers always get Christmas and Halloween mixed up?
Because DEC 25 = OCT 31.

“Have you heard about the object-oriented way to become wealthy?”
–  “No…”
– “Inheritance.”

A man walks into a Silicon Valley pet store looking for a monkey. The storeowner points towards three identical looking monkeys in politically correct, animal-friendly natural mini-habitats.
“The one to the left costs $500,” says the storeowner.
“Why so much?” asks the customer.
“Because it can program in C,” answers the storeowner.
The customer inquires about the next monkey and is told that “That one costs
$1500, because it knows Visual C++ and Object-Relational technology.”
The startled man then asks about the third monkey.
“That one costs $3000,” answers the storeowner.
“$3000!” exclaims the man.  “What can that one do?”
To which the owner replies, “To be honest, I have never seen it do
a single thing, but it calls itself a Consultant.” 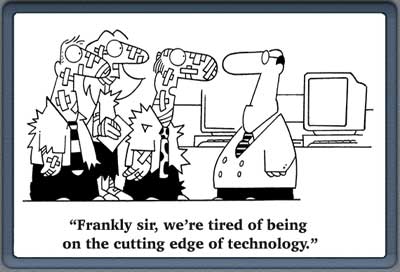 Q: How can you tell if a blonde has been using your computer?
A: There’s whiteout on the screen.

A man attempting to set up his new printer called the printer’s tech support number, complaining about the error message: “Can’t find the printer.” On the phone, the man said he even held the printer up in front of the screen, but the computer still couldn’t find it!

Real programmers don’t document. If it was hard to write, it should be hard to read. 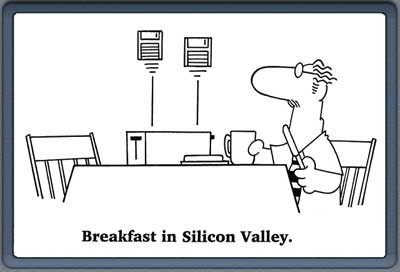