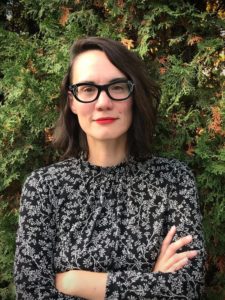 My research considers the politics of ethnically divided societies, peace processes and democratization in post-conflict states. Broadly, I’m interested in the processes and institutions that facilitate democracy, security and stability in post-conflict settings, with a focus on power-sharing arrangements. Specifically, I am interested in how power-sharing governments handle political crises, the incentive structures for ethnopolitical moderation and extremism that power-sharing offers, and how power-sharing arrangements can be made more inclusive of identities beyond the ethnonational divide.

I am currently working on three long-term projects:

1) I am the principal investigator on a new SSHRC Insight Development Grant titled Power-Sharing Politics and Refugee Governance: Crafting Asylum Policy in Deeply Divided Societies. With Tamirace Fakhoury (Aalborg University), I am investigating how consociational governments craft and implement policy in the realm of asylum and refugee governance. We are particularly interested in whether consociational decision-making contributes to the ethnicization, procrastination, and fragmentation of asylum policy in divided settings.

2) Along with Siobhan Byrne (University of Alberta), I am the co-investigator on a research project titled Gender, Peace and Power-sharing Practices in Political Transitions, funded by a SSHRC Insight Grant. Drawing on new fieldwork interviews and research, we are developing a model of gender-inclusive power-sharing that brings together lessons of ethnopolitical power-sharing from archetypal cases like Northern Ireland and Bosnia-Herzegovina with new policies around the ‘women, peace, and security’ (WPS) agenda.

3) Along with Timofey Agarin (Queen’s University Belfast), I am the co-investigator on the ESRC grant Exclusion amid Inclusion: Power-Sharing and Non-Dominant Minorities. In this project, we examine power-sharing’s institutional bias in favour of large ethnic groups and its consequences for micro-minorities, realigned minorities, and non-ethnic groups in four divided societies: Northern Ireland, Bosnia & Herzegovina, Macedonia, and Lebanon.

“Beyond the Core: Do Ethnic Parties ‘Reach Out’ in Power-Sharing Systems?” with Cera Murtagh. British Journal of Politics and International Relations 23, 3 (2021): 533-551.

I am the editor-in-chief of Nationalism and Ethnic Politics. The journal, which publishes four issues a year, explores the varied political aspects of nationalism and ethnicity in order to develop more constructive inter-group relations, and to address the sources of both contemporary and historical identity-based conflicts. See here for more information on the journal and how to submit a manuscript.

I am the chair of Research Committee 14 on Politics and Ethnicity of the International Political Science Association (2021-23). Previously I was vice-chair of RC14 (2016-2021) and in this capacity, I was the co-convener of the Politics and Ethnicity section of the IPSA World Congress in Lisbon, Portugal (postponed due to COVID-19; rescheduled for July 2021 online). I was also a member of the organizing committee for the  Joint IPSA Colloquium on Democratization and Constitutional Design in Divided Societies at the University of Cyprus, Nicosia, 23-27 June 2017 and  the Joint IPSA Colloquium on Diversity and Democratic Governance at the University of Sarajevo, Bosnia & Herzegovina, 12-15 June 2019.

A recipient of the Brandon University Alumni Association Excellence in Teaching award, I teach broadly in the areas of  Comparative Politics and International Politics, and the occasional course in Political Theory and Analysis.