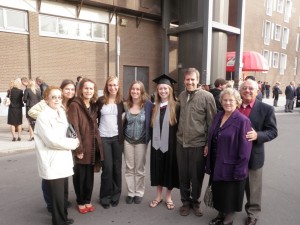 To become a farmer — that’s what I wanted.  Of course, at age 12, my vision of farming was The Old Swimming Hole, not 16-hour work days during harvest or calving season.  Growing up in Winnipeg made it easy to idealize the country.

Growing up in a German Pentecostal church, where The Word was central, opened up a very different interest:  literature.  I loved Danny Orliss, the Hardy boys, and, when I got to high school, Agatha Christie and Isaac Asimov.  Although math was my strongest subject and English one of my weakest, I read Frank Herbert’s Dune under my desk in Mr. Funk’s math class.  He graciously let my reading addiction bloom so long as I kept my math mark up.

I initially had no interest in whatshisname, Shakespeare, but at some point—I think it was when I picked Alan Garner’s little-known Red Shift off the library shelf in the mistaken belief that the novel was science fiction—I realized that there were writers who could do magic in a way that Agatha Christie couldn’t.  My teachers at Grant Park High School helped a lot.  Mr. Coyle, an alcoholic Scotsman, drummed into us how to write a logically coherent essay and allowed us (i.e. forced us) to read widely.  He’s dead now, but I still pass on his advice to first-year students, and I hear the echo of his no-nonsense voice:  “Krrrhaymarh, step fohrward.  Due nat throuw yer gahrbadge inta tha weyste besket froom tha beck rhouw.”  Mr. Schwetz, conversely, was one for new ideas and linguistic experiments.  It was in Mr. Schwetz’s class that I refused to write the city-wide exam on Hamlet and wrote, instead, an essay on how utterly wrong it was to dissect a great work of literature.  I should have gotten a zero, but the kindly Mr. Schwetz gave me 8 out of 20, salvaging my term mark.  Would I have tried such naïve romanticism with Mr. Coyle?  No.

I determined to major in English at the University of Winnipeg, and when second-year registration came around, I asked the English advisor exactly how one could go about majoring in English while studying only contemporary literature.  She was a medievalist.  She glared at me.  Then she said, “The first thing you’ll do is to register for Shakespeare.”  I did.  Soon I rejoiced.

After my B.A., I married Rita Flaig.  For two years I worked in a group home for delinquent and emotionally-disturbed adolescents, but that taste of real-world disaffection soon made me long for the peacefulness of the academy again.  Rita went along with my decision to return to university, even though it meant many sacrifices.  She gave birth to three dear children—Madeline, Stephanie, and Michelle—during my graduate years, as we struggled together to earn enough to survive.

At the University of Manitoba I met the novelist and scholar Dr. David Williams, whose influence and mentorship have guided me for many years.  I told him that I wanted him as an advisor for an M.A. thesis on Leonard Cohen, but Williams wasn’t eager to work on Cohen.  Okay, I said, give me another subject.  We settled on the Trickster’s role in three Amerindian writers.  For my PhD a few years later, I broadened my notion of The Word somewhat to write on the Canadian novel and scatology (the study of bodily excretions).  Although the Graduate committee was initially reluctant to approve such a topic, I was allowed to pursue it, and eventually I published Scatology and Civility in the English-Canadian Novel with the University of Toronto Press.  Despite the jokes it elicited at home and among friends at my Mennonite church here in Brandon, the book is a serious work, focusing on the relations between body and text in about 70 Canadian novels.

When former BU archivist Tom Mitchell asked me to collaborate on a book centred on Hilda Blake, a Brandon servant who murdered her employer’s wife 100 years ago, I leapt at the opportunity.  Together we wrote Walk Towards the Gallows, combining the story of Hilda’s life with social history.  That primed me to write a literary biography, Mordecai Richler: Leaving St. Urbain, about the controversial Canadian writer whose life was as intriguing as his novels.  Tom and I then wrote a second book together, When the State Trembled, this time working on Tom’s reinterpretation of the Winnipeg General Strike by investigating the shadowy Citizens’ Committee of 1000.  Presently, I’m working on a book about the relations between postmodern life and contemporary literature.